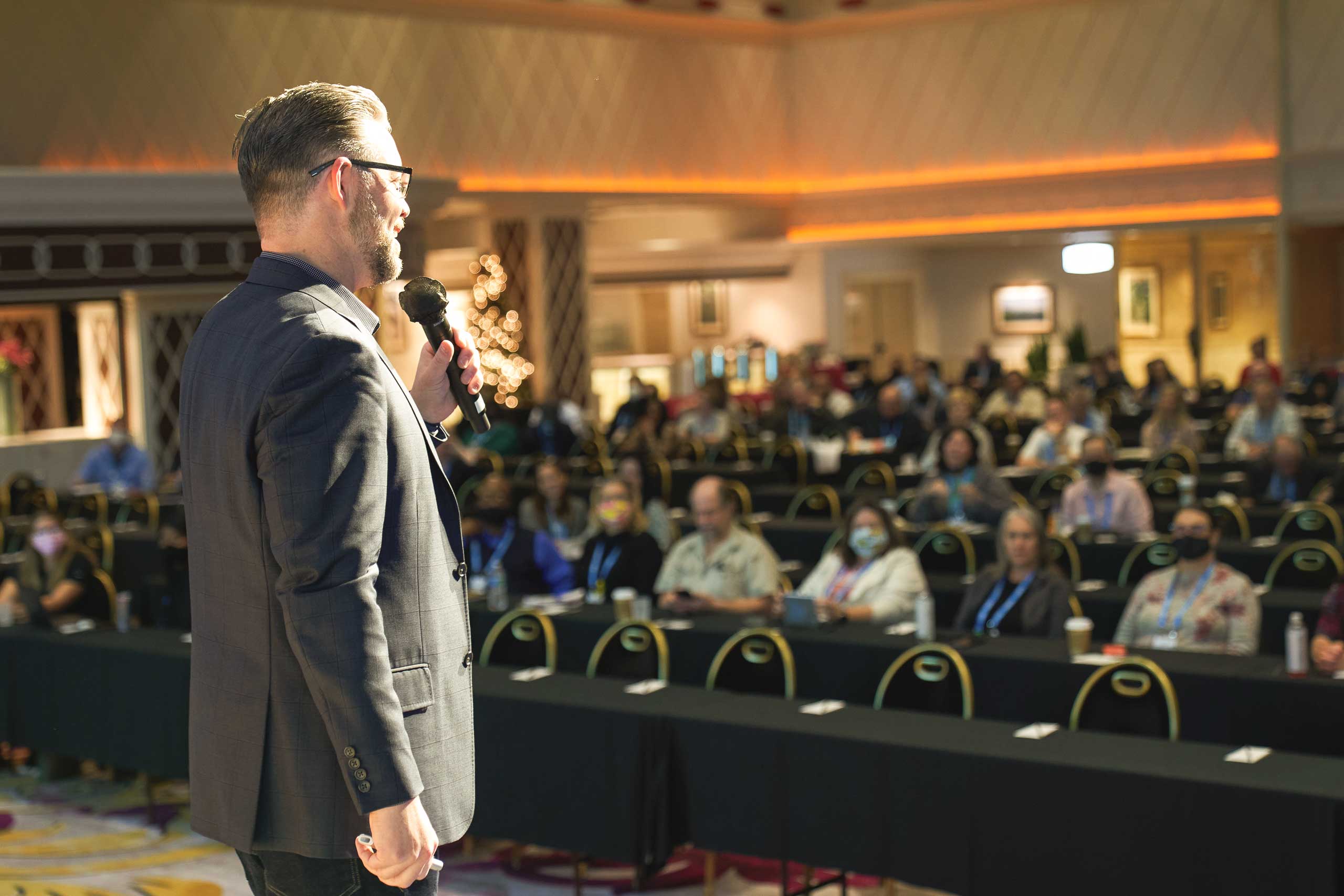 Jason Hewlett never played against Kareem Abdul-Jabbar and Magic Johnson or with Karl Malone and John Stockton. But his good friend and mentor Mark Eaton did.

As a 7-foot, 4-inch center for the Utah Jazz, Eaton was a five-time member of the NBA All-Defensive Team and a two-time NBA Defensive Player of the Year. No other player has come close to catching his record of 456 blocked shots in one season.

In retirement, he also became a restauranteur and then a member of the Speaker Hall of Fame. He was scheduled to keynote the STN EXPO Reno on Dec. 8 but tragically died in May while bicycling near his Park City, Utah home. He was 64.

Hewlett, a member of the Speaker Hall of Fame himself and who has spoken numerous times to packed houses in the Vivint Arena—home of the Utah Jazz—agreed recently to fill Eaton’s slot in the conference agenda as a tribute to the man he first met as a youngster.

“I was 5 years old when a newly drafted professional basketball player at 25 years old and a giant of a man moved in next door,” Hewlett recalled. “We became lifelong friends, when his dog had puppies and he gave me my first dog, allowed me to babysit his sons. And eventually, we mentored one another in creating our speaking careers.”

The founder of The Promise Institute, Hewlett brings a message that builds on Eaton’s planned talk of “The Four Commitments of a Winning Team” by showing how instilling a promise culture in organizations can increase leadership effectiveness and team communication. The highest level of engagement, he says, is “the promise,” which he developed out of necessity after speaking for years on what he calls signature moves.

Do What You’re Asked to Do

“For some reason in the corporate market, that didn’t make sense to people, even though it was essentially talking about personal brand, your level of connectivity with people the thing you’re known for, your business brand. I came up with the promise because I was finding corporate didn’t connect with signature moves or understand it, then I realized I was utilizing my signature moves, that which makes me unique,” Hewlett explained. “Every performer keeps a promise. Every concert you go to they keep a promise to sing their hits.”

He speaks not about goals but about promises made to yourself, your team, and your customers that are absolutely essential and non-negotiable. His hometown Utah Jazz has absorbed his message, as have employees at American Express, Coca-Cola, eBay, Delta, Subway, and TopGolf.

“Why set a goal when we can make a promise?” he added. “Not to say goals aren’t important, but if you miss a goal, you just set another one. But if you break a promise, you have a problem on your hands.”

Hewlett said he will encourage attendees to identify their signature move, clarify it, and magnify with their customers and teams.

“Mark’s signature moves became blocking shots better than anyone ever,” he shared. “What’s your signature move? It is your promise to those you work with on your team, serve as your customer, and to self to always know your job, keep your promise, and do it well. If you don’t do this, you are breaking the promise to all you come in contact with.”