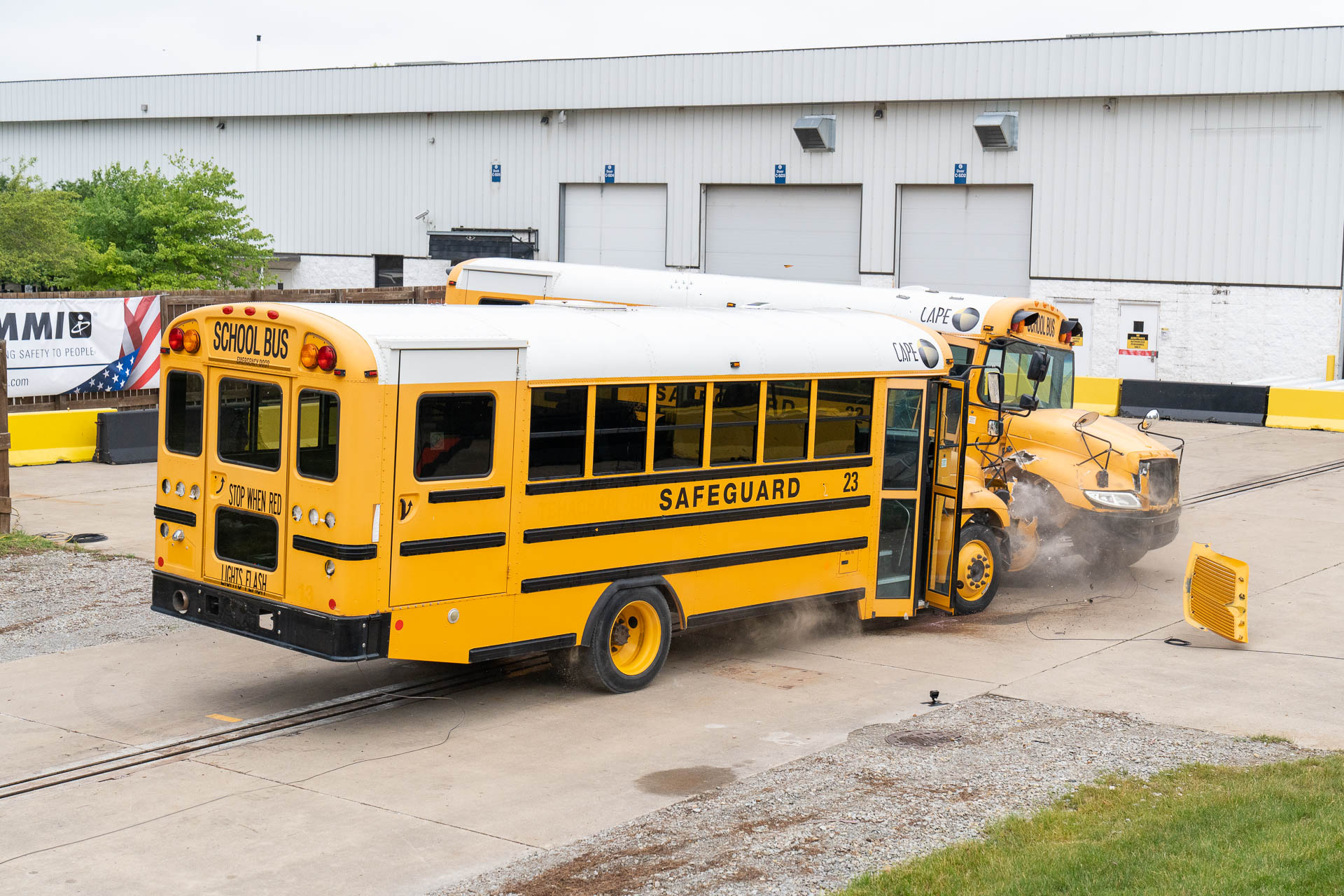 School Bus crash-test on June 7, 2022 at the IMMI CAPE facility in Westfield, Indiana highlighted the difference between belted and unbelted student passengers on impact. (All Photo by Vincent Rios Creative.)

INDIANAPOLIS — On the final day of STN EXPO Indianapolis, attendees were able to watch a controlled school bus crash designed to highlight the difference between belted and unbelted student passengers on impact.

IMMI engineers at the Center for Advanced Product Evaluation (CAPE) facility in Westfield, Indiana, placed 13 test dummies throughout a Type C school bus containing a wheelchair lift. Seven of the dummies were secured with either SafeGuard lap/shoulder seatbelts, integrated child seats, or the company’s Super STAR. Two of the six unbelted passengers were placed out of position in the seating area, facing the aisle.

The school bus equipped with the dummies in Tuesday’s crash test was stationary at a slight 30-degree angle. Another Type C bus traveled at a speed of 25 mph down a straight path and struck the stationary vehicle at the front loading door.

While data has yet to be released on the belted vs unbelted passengers, interior video footage displayed by IMMI to attendees shortly after the test shows the unbelted passengers being thrown around the school bus, one even ending up on the floor.

Editor’s Note: Read more about the event and attendee perspectives in the upcoming July issue of School Transportation News.