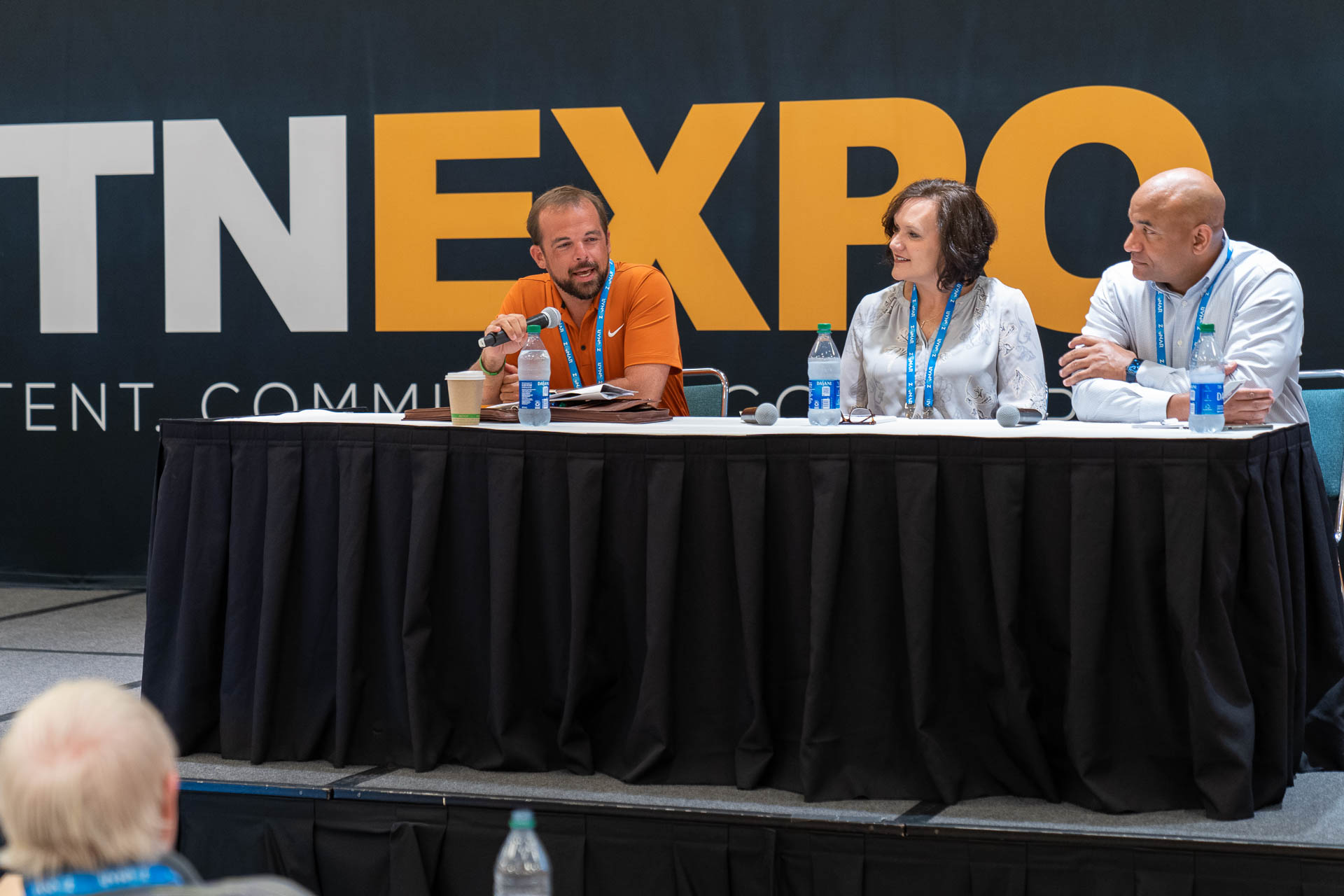 “[Propane is] a very resilient fuel that’s found all over the United States,” shared facilitator Stephen Whaley, who serves as director of autogas business development for the Propane Education & Research Council, which sponsored the Sunday panel.

He reviewed a West Virginia University study that found propane buses achieve a 96 percent oxides of nitrogen (NOx) reduction over comparable late-model clean diesel buses. Plus, propane buses have fewer parts because they don’t require elements like diesel exhaust fluid and particulate matter filters, so maintenance costs are reduced. Fueling infrastructure can be small and portable or it can be scaled for larger fleets.

Eleven of northern Indiana’s Wa-Nee Community Schools’ 55 buses are propane. Amy Rosa, director of transportation and school safety, said propane was adopted due to available funding as well a desire for cleaner buses and less maintenance.

“The transition was so seamless,” she said. She explained that the quiet nature of the buses benefits students with autism or sensory issues and allows drivers and students to be heard throughout the vehicle.

She reported that the buses perform well even -5 degree temperatures and even colder with a wind chill. Derek Whaley, northeast business development manager for ROUSH CleanTech, added that operation is not affected in climates as low as -55 degrees.

Newport News Public Schools in eastern Virginia has been implementing propane buses for the last five years and is now up to 125 with plans to transition its entire fleet of 340 buses. There are currently two fueling stations in the district.

“It begins with educating the leaders and doing your homework, especially on infrastructure,” said Director of Transportation Shay Coates. The district has benefitted from federal and state grants as well as fuel credits. He added that partnerships with local utilities and training opportunities have been essential as well.

Cypress-Fairbanks ISD, a large suburban district in southern Texas and the largest student transporter in the state with 1,250 buses, went from 15 to 336 propane buses over the last four years. Director of Transportation Kayne Smith said the buses were purchased via bonds rather than grants. The district’s data shows that the cost per mile for a propane bus is lower than that of a diesel bus, he confirmed.

While some school bus drivers were reluctant to make the change, Smith revealed that the propane buses are now the first ones chosen at the start of the school year. Along with Rosa, he agreed that students, drivers and teachers all appreciate the quietness of propane buses.

Propane buses have about a 400-mile range, Whaley said. Both Coates and Rosa encouraged propane users to be aware of nearby fueling stations, which Whaley said are located at ACE Hardware stores and U-Haul locations.

Training for Cy-Fair transportation staff was provided by the fueling infrastructure provider. Coats reported that as long as Newport News buys a certain amount of propane autogas, its providers will maintain the tanks. At many districts, infrastructure maintenance is built into the fuel costs, Whaley said.

Whaley spoke to the federal fuel tax credit, which is typically renewed every year and takes the form of a rebate check, though Congress has yet to approve an extension to the recent incentive that expired on Dec. 31. “It pays to do the paperwork and patiently wait for it,” said Coates, who saw a $113,000 check come in.

None of the panelists reported major issues with their buses, which have all been running for five to six years or less. Derek Whaley said the buses are rated for 250,000 miles before showing signs of wear and tear.

Whaley added that new standards have resulted in propane buses being certified at the optional ultra-low California Air Resources Board (CARB) certification of 0.02 grams per brake horsepower-hours. Renewable propane can achieve an even lower NOx emissions rate.

Whaley urged attendees to apply for their share of the Clean School Bus Program’s $250 million allotted over the next five years for low-emissions school buses by the deadline of August 19. Funding will be prioritized for high-need school districts, tribal schools and those in rural and low-income areas.