How Are Children Left On School Buses? Neuroscientist Provides Perspective 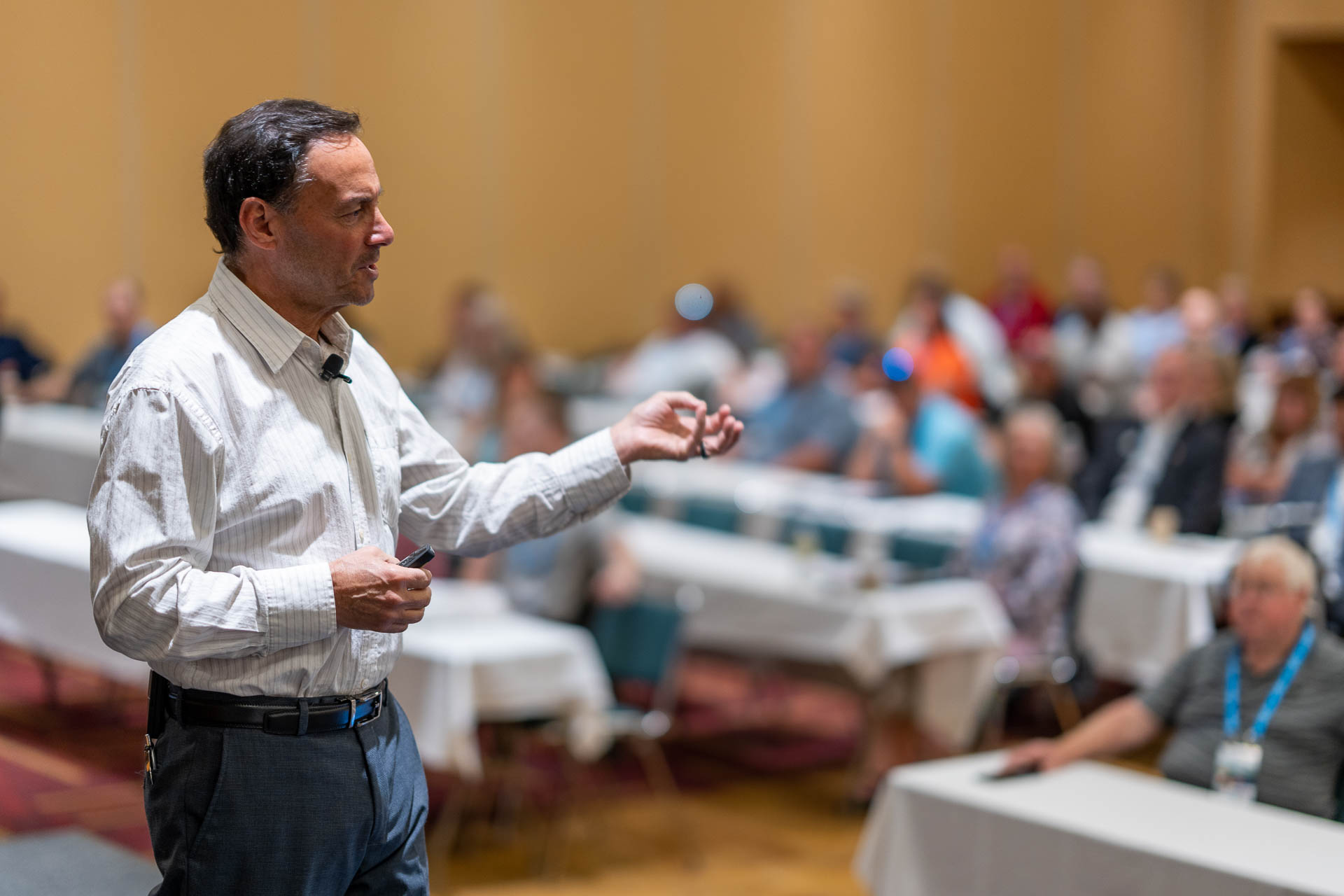 INDIANAPOLIS — Unfortunately, instances of school bus drivers and attendants leaving children on a school bus happen all too often. But, David Diamond, Ph.D., a neuroscientist at the Department of Psychology at the University of South Florida, said that other factors besides negligence could contribute to leaving a child behind.

Diamond started the presentation Sunday morning during the opening session of STN EXPO Indianapolis by showing a picture of a cockroach on a toothbrush. He explained that if a typical hotel guest ever encounters such a scene, they will vow to never stay there again.

This, he called, a flashbulb memory. However, there are instances in which flashbulb memories are truly traumatic experiences. He noted that most people in the room remember precisely where they were and what they were doing on Sept. 11, 2001, when hijackers used airplanes to strike and topple the twin towers of the World Trade Center in New York City.

For over 40 years, Diamond said he has studied the brain, and for 30 of those years, he worked in Veteran’s Administration hospitals studying memory and traumatic PTSD.

After a phone call from a reporter, Diamond switched his focus to research why people leave children in cars. In the two years prior to the pandemic, Diamond ciited research that indicated the number of children who died from being left in cars peaked to about one child a week. He said that while the knee-jerk reaction is the assumption that anyone who forgets a child in the backseat is irresponsible, he noted that it could happen to anyone.

Then Diamond explained that he received a phone call from Dr. Joseph Funyak, the senior vice president of transformative products and technologies at IEE Sensing, who shared that school bus drivers are also leaving children behind on buses. According to data collected by the Indiana Department of Education, 50 percent of school bus drivers in the state who missed children on board at the end of routes provided insufficient information as to how the incident occurred. Meanwhile, 30 percent of the bus drivers stated that they didn’t walk the aisle of the bus, 20 percent stated they were distracted, and 10 percent walked the bus but still didn’t see the child.

“I am not here to make excuses for irresponsible people,” he said, adding that instead he wants the conversation to focus on memory and perception. He noted that much of human processing is subconscious and sometimes actions or in-actions result in the harm of others.

He went on to explain the complex relationship between the hippocampus and the basal ganglia parts of the human brain. The hippocampus stores information about where one parked their car, for example, or what they had for breakfast. Meanwhile, the basal ganglia governs muscle memory, or one’s autopilot response. Meanwhile, prospective memory is remembering to do something in the future, such as stopping at the store to pick something up on one’s way home from work. A failing prospective memory is leaving a child in the backseat of a car, for example.

All the brain functions need to work together, he said. But sometimes the functions compete. He provided the example of leaving a cup of coffee on the roof of one’s car. The hippocampus knows the cup is on the roof, but when distracted, the basal ganglia is activated, which can result in the person leaving the coffee on the roof of the car and driving away. But, he said, when the cup spills on the person’s windshield, the memories start flooding back in.

In terms of leaving a child in a car, Diamond said that people report having lost awareness of their child in the backseat. Maybe the parent doesn’t normally drop the child off at daycare in the mornings, and therefore forgot to stop. Instead, the person goes to work like normal. Then after work, the parent could remember they need to pick the child up from daycare, only to drive all the way to the daycare facility only to find that the child is not there.

For parents surveyed with children under three, nearly 25 percent reported they had forgotten or lost awareness that their child was in the car with them, Diamond said of data from the National Lifesavers Conference on Highway Safety Priorities of 2014.

Not all 25 percent of children are actually left behind, as multiple things have to go wrong, such as the child not making any noise, the parent being distracted, and perhaps being stressed. Regardless, Diamond helped lobby Congress to pass the Hot Cars Act of 2021, which now mandates child detection systems in all new cars.

He noted that the first step in getting this law to pass is getting lawmakers to realize that it could happen to anyone, and that there are flaws in our brain function.

Back to the Indiana data, for the drivers who didn’t walk the bus, he noted there are no excuses. But for the 10 percent of drivers who said they walked the bus but didn’t see the child, he noted that sometimes we don’t see something, unless we expect to see it.

For example, perception is influenced by prior experience. Intentional blindness is the term for looking without seeing. Diamond explained that research shows that people rarely see what they are looking at unless their attention is directed to it. This, he said, can have serious life and death consequences.

He then asked attendees to think back to the picture of the cockroach on the toothbrush that he showed at the outset of his presentation, and he asked if they recalled what number was in the corner of the frame. No one in the audience could answer the question because they were focused on the cockroach. “What we focus on is what we remember,” he said. “Even though something else is in our scene.”

He concluded by stating that everyone needs to be aware of how their brain functions. But there is no excuse for lazy and irresponsible drivers who don’t walk the bus.

Todd Watkins, the former transportation director of Montgomery County Public Schools, said he has a video of a driver walking the bus but missing a sleeping child. The video could be used as a training purpose to teach other drivers that this could happen to them.

Diamond noted that sometimes experienced drivers could be the one to miss a child, as it’s routine to walk the bus and not see anyone, so they aren’t expecting the child. 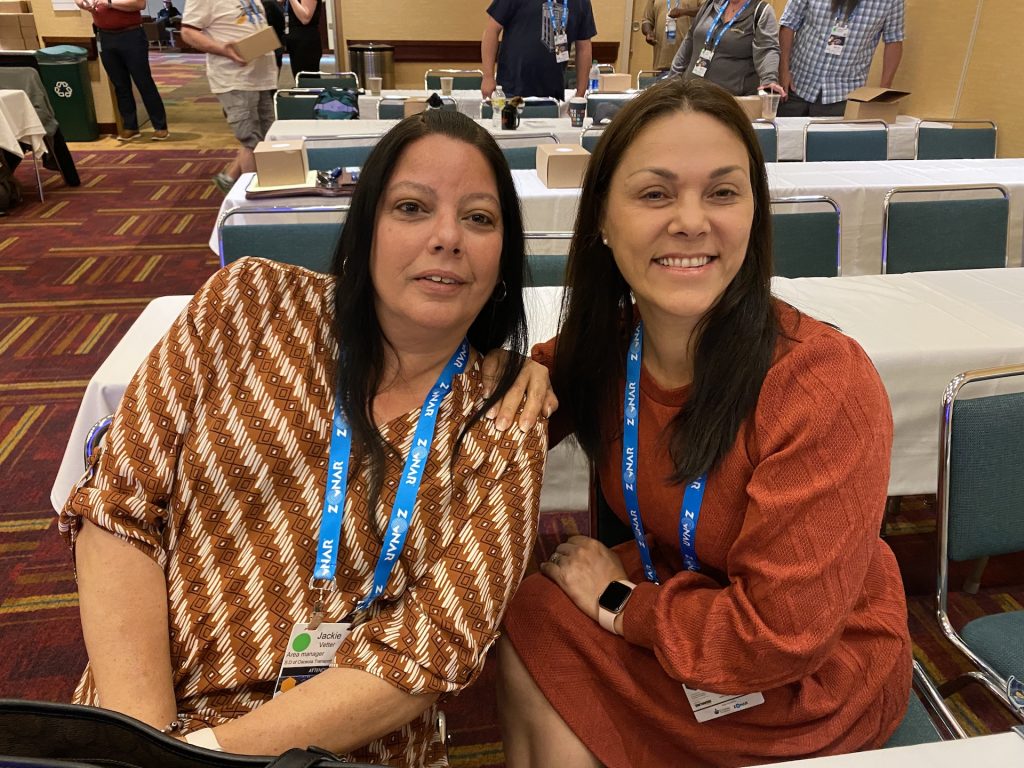 Two transportation employees at the Osceola County School District in Florida told School Transportation News following the presentation that they had a 20-year-veteran driver forget a child.

Adriana Fracasso, the coordinator of transportation, said the talk was amazing and pertained to their current situation. She noted that she’s going to be implementing the importance of training and being aware. Plus, she said, admitting that leaving a student on the bus could happen to anyone is something she is taking back to her district.